Cats love catnip so much that they flip, rub, roll, chew, lick and even zone out while messing up the plant. So why do cats do it? Why is this relatively simple plan pretty much a drug for cats? Now, a team of scientists in Japan has discovered that the aggressive behavior of cats against catnip actually keeps the animals protected against pests — though that may not be why they do it.

Previous studies have highlighted that catnip and silvervine plants (originally found in Asia and related to catnip) attract cats due to their intoxicative properties. But the new research goes one step further: it reveals that the plants also release high amounts of natural insect repellants when cats damage them. Therefore, the interaction between cats and catnip (and silvervine) promotes the insect repellant activity of the plant and saves the furry animals from pest attacks.

The strange chemistry between cats and catnip

The leaves of catnip and silvervine plants contain substances called iridoids (specifically, substances called nepetalactone and nepetalactol). Iridoids are chemical compounds found in numerous plants ranging from strawberries to olive and coffee. They are known to have anti-inflammatory, anti-tumor, and several other medicinal properties.

In one of their previous studies, the researchers also highlighted that iridoids found in the catnip and silvervine plants repel pests such as the albopictus mosquitos. During their recent research work, they observed that the interaction of cats with these plants influenced the release of iridoids. Moreover, it also affected the composition of these chemicals in the plants.

While explaining this change, lead author and researcher at Japan’s Iwate University, Masao Miyazaki explained in a press release:

“We found that physical damage of silvervine by cats promoted the immediate emission of total iridoids, which was 10-fold higher than from intact leaves.” He further added,  “Nepetalactol accounts for over 90% of total iridoids in intact leaves, but this drops to about 45% in damaged leaves as other iridoids greatly increase. The altered iridoid mixture corresponding to damaged leaves promoted a much more prolonged response in cats.”

The researchers also tested if the cats responded in a specific manner to iridoids. They placed dishes containing pure nepetalactol and nepetalactone. The cats didn’t chew the compounds but they did rub, flip, and roll over the dishes. However, when the researchers applied an iridoid mixture to the bottom side of the dishes with a plastic cover, the cats did try to lick and chew the chemicals.

These tests showed that licking and chewing on iridoid chemicals is an instinctive behavior in cats resulting from olfactory stimulation. Explaining this behavior further, Professor Miyazaki told ZME Science:

The strange behavior of cats and the intoxicative properties of catnip and silvervine plants may give some people the idea that cats might become addicted to these plants but this is not true. As the tests indicate, the cat response is an instinctive behavior. Therefore, the animals don’t damage or lick the plant because of any kind of addiction to iridoids.

Moreover, they do receive protection from pests but their response is not done for chemical pest defense purposefully. The researchers also highlight that most cats interact with catnip and silvervine but not all. When asked about their next step in the study, Professor Miyazaki replied:

“We are now looking for the gene responsible for the reaction. Such studies promise to answer the key remaining questions of why this response is limited to Felidae species (Why don’t non-feline animals react to the plant) and why some cats do not respond to these plants (about 30% of cats are negative responders to the plants).”

The researchers also suggest that more research on these plants can also help in the development of new kinds of natural insect repellant products.

The study is published in the journal iScience. 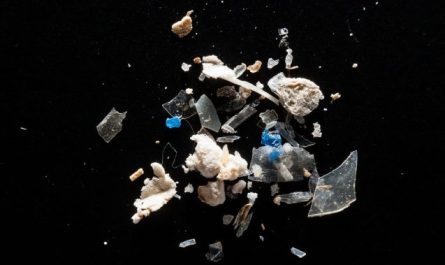 Now’s the Time For Lawmakers to Care About Microplastics

If there was life on Mars, it likely drove itself extinct through climate-change