A treasure trove of ancient Egyptian artifacts was showcased on Monday at a makeshift exhibit at the base of the Step Pyramid of Djoser some 25 kilometers southwest of the city of Cairo.

According to Egypt’s antiquities authority, the artifacts date back 2,500 years ago and were unearthed recently at the Saqqara necropolis near Cairo. The artifacts will be on display temporarily and will later be transferred to a permanent exhibit at the Grand Egyptian Museum, a mega-project that is still under construction, near the famous Giza Pyramids.

According to the head of the Supreme Council of Antiquities Mostafa Waziri, the artifacts recovered from Saqqara include 250 painted sarcophagi — full with well-preserved mummies, — 150 bronze statues of cats and deities such as Anubis, Amun, Min, Osiris, Isis, Nefertum, Bastet, and Hathor. Bronze vessels used in rituals associated with Isis, the goddess of fertility, were also recovered. The artifacts hail from ancient Egypt’s Late Period, around 500 B.C.

A (headless) bronze statue of Imhotep, the chief architect of Pharaoh Djoser, who ruled between 2630 B.C. and 2611 B.C. was also unearthed at the site, and included in the exhibit.

Painted wooden coffins resting in burial shafts were also found alongside items used in mortuary rituals. Inside one of these, archaeologists found a well-preserved, hieroglyph-laden sheet of papyrus, which has been sent to the Egyptian Museum in Cairo for further analysis.

The site at Saqqara is part of a large necropolis that once made up the capital of ancient Egypt — Memphis. The Giza Pyramids, alongside smaller monuments such as the pyramids at Abu Sir, Dahshur, and Abu Ruwaysh were also part of Memphis, which was designated as a UNESCO World Heritage site in the 1970s.

This haul of artifacts was the fifth major discovery archeologists have made at the site since 2018. Previously, the site was nicknamed “Bubasteion” to reference the ancient Egyptian goddess Bast who was very prominent at the site; she was worshiped in the form of a cat, and a wealth of feline statues have been discovered here.

However, the site was renamed ‘the Cemetery of Sacred Animals’ in 2019 after mummified animals and statues of other ancient Egyptian gods were discovered here, to better reflect the site’s original spiritual significance, Dr. Mohamed Al Saidi, the mission’s director, told CBS News.

Previous discoveries at the site include five tombs unearthed in March that date back to the Old Kingdom (from around 2700 B.C. to 2200 B.C.) and the First Intermediate Period (which lasted for around one century following the collapse of the Old Kingdom). These tombs belonged to senior officials such as regional rulers and palace supervisors and were covered with hieroglyphic inscriptions, images of sacred animals, and stacks of items meant to be used by the deceased in the afterlife. 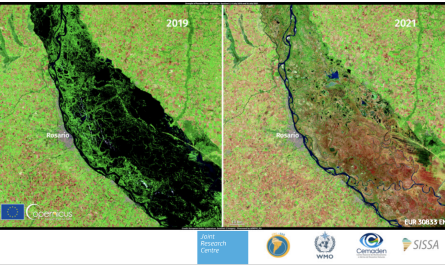