If you want to encourage your toddler or young child to develop healthy eating habits when they grow up, you may want to read this then this new study. In a recently published research paper, a team of scientists reveals that babies that eat a Nordic low-protein diet from the age of four to six months are more likely to develop healthy eating habits.

According to a 2020 report from CDC, over 36% of children and teens in the US eat junk food on a regular basis, and 13.8% of their daily calorie intake comes from unhealthy fast food items. Another study conducted as a part of the WHO European Childhood Obesity Surveillance Initiative (COSI) that surveyed the diets of 132,789 children from 23 European countries also revealed some shocking results. The study suggested that less than half of kids consume fruits and only 22.5% of them eat fresh vegetables in their breakfast.

If you think unhealthy eating habits are just linked to common health issues such as obesity or constipation then you only know the half-truth. Research has found that fast food increases the risk of heart ailments, asthma, allergies, and diabetes in children. Moreover, it can also lead to mental problems such as lowered self-esteem and depression. However, it’s impossible to keep an eye on what your child is eating outside the home, therefore developing healthy eating habits right from the beginning can play an important role in keeping your kid healthy as he or she grows up.

How a Nordic diet plan can help?

Nordic low protein diet includes berries (especially blueberries, cranberries, raspberries), vegetables (like turnip, carrot, cabbage, etc), and roots. The latest study highlights that feeding soft and edible parts of these fruits and vegetables to your babies can double the chances of them preferring to eat healthy food as they grow up. The results of the study are based on an OTIS trial during which researchers observed a total of 250 babies from the age of four to five months until they became 18 months older.

During the trial, the babies were divided into two groups; one group was fed a low-protein Nordic homemade diet. Whereas babies in the other group were given conventional baby food as per the recommendation of the Swedish Food Agency. The Nordic diet had 17-29% less protein than the normal diet but it was not less than the recommended protein supply required for babies. However, the calorie intake was the same for both groups.

A total of 205 babies completed the trial. Interestingly, babies that consumed Nordic food started eating about 45% more fruits and vegetables by the time they became 12 to 18 months older. On the other side, when babies fed on the conventional diet reached the same age, they cut down their consumption of vegetables by 36%.

Explaining her findings, the lead author and a Medicine Doctor in pediatrics at the University of Umeå, Sweden, Dr. Ulrica Johansson said:

“A Nordic diet with reduced protein introduced to infants naive to this model of eating, increased the intake of fruit, berries, vegetables, and roots, establishing a preferable eating pattern lasting over a 12-month period.” She further added, “A Nordic diet reduced in protein is safe, feasible and may contribute to sustainable and healthy eating during infancy and early childhood,” she added.

Many other benefits of a low-protein Nordic diet

The Nordic diet is a healthy and sustainable food choice for your babies that mostly includes seasonal fruits and vegetables. The different types of berries that are consumed as a part of the diet are rich in antioxidants and have anti-inflammatory properties, the roots and vegetables like swede, cabbage, beets, carrot, etc have high fiber content. Plus, the food and flavor diversity in the Nordic diet encourages infants to develop a variance of food preferences.

An exciting and positive impact of the Nordic diet is that it stimulates your child’s eating habits to prefer healthy plant-based food over unhealthy meat-based food and junk food. This not only saves him or her from various health risks in the future but is also good for the planet. When asked about the programming effect of the Nordic diet on babies, Dr. Johansson told ZME Science:

“We hope they will get a taste for a broader of variations of eating from healthy and sustainable food (fruit, berries, roots, vegetables). Because of the programming effects in infancy when food preferences are developed. But we also need to work with the family as a whole. Health benefits; reduce the risk of non-communicable diseases. And reduce the climate burden by eating a more planetary health diet.” She further added, “This diet can have later health effects (early programming) on body composition and other metabolic processes and microbiota. It remains to be studied and followed up.”

Dr. Johansson and her colleagues will now follow up on the babies until the age of seven. So that they could find the long-term health effects of early nutrition from the low-protein Nordic diet.

The study is presented at the 54th Annual Meeting of the European Society of Paediatric Gastroenterology, Hepatology and Nutrition (ESPGHAN). 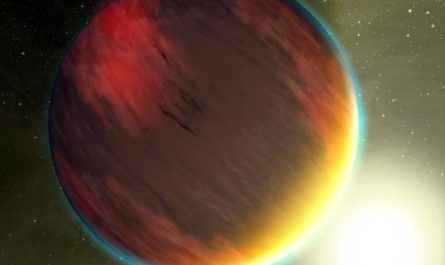