As a result of numerous research studies conducted on tipping, there are scientifically tested ways that servers can earn more tips from customers.

Logic says that the size of a server’s tip should be based on the quality of the service provided, but research[1] shows that quality rarely has anything to do with it. As it turns out, other — seemingly irrelevant — factors make much more of a difference. This article will show you how to boost your take-home pay with a few tricks gleaned from behavioral research.

Customers tend to tip friendly servers more than they do less friendly servers. A proper introduction makes you seem polite and friendly and can boost your earnings. In a study[2] of customers enjoying a Sunday brunch at Charley Brown’s Restaurant in Huntington Beach, California, simply saying “Good morning. My name is Kim, and I will be serving you this morning” increased Kim’s average tips from $3.49 to $5.44.

One of the most effective ways to look friendly is to smile. It also increases tips. This was demonstrated[3] at a cocktail lounge in Seattle, where a large smile more than doubled a waitress’ average tips. Greater proximity is also associated with greater liking and, potentially, income. A study[4] carried out in France — where tipping is unusual because the service charge is included in the bill — found that standing closer to customers while taking the food order encouraged more tipping and boosted the average tip size. However, these results should be viewed with caution; different cultures have different attitudes to personal space and Southern Europeans generally maintain smaller personal spaces than do North Americans. A potentially less intrusive way to boost tips is by squatting down next to the table to take a customer’s order. Wait staff at two restaurants in Houston increased their tips from 15 percent of the bill to 18 percent when they squatted during their first visit to the table.[5]

3. Employ the power of touch

Casually touching customers has been shown to increase the amount of money they spend, including on tips. In a study[6] conducted at two restaurants in Oxford, Mississippi, customers left a 12 percent tip when they were not touched, a 14 percent tip if they were touched once on the shoulder for about a second and a half, and a 17 percent tip if they were touched twice on the palm of the hand for about half a second each time. Another study[7] carried out in a bar in France produced similar results: customers who were briefly touched on the arm by the waitress when she took their order were 2.5 times more likely to leave a tip. Casual touch[8] increases the tips of both male and female servers, and often goes unnoticed.

4. Remember that presentation is everything

Presentation also makes a difference — for waitresses. In a study[9] of restaurant customers in the French city of Vannes, male patrons gave between 14.6 and 26.1 percent more to waitresses who wore red — a color that has been shown to increase the physical attractiveness of both women and men. Similarly, another French study[10] found that more men left tips if the waitress wore makeup, and that the tips were also larger. Red lipstick is especially effective.[11] Wearing some kind of hair ornamentation, such as a flower[12] or some kind of hair barrette,[13] might be even more beneficial as it seems to increase tips from both men and women.

A large body of research has shown that people like it when others subtly imitate them — so-called mimicry. At a restaurant in The Netherlands — where tipping is not the norm — repeating a customer’s order was shown to boost both the number of people tipping and the size of the gratuity. When the waitress indicated that she understood the order and said something like “Coming up!” she was tipped 52 percent of the time, but when she repeated the order, 78 percent of her customers tipped her, and the average tip was double in size.[14]

In one study, repeating customers’ orders back to them significantly increased the amount tipped.

Receiving a compliment activates the same region of the brain[15] that receiving money does. It also encourages spending. In one study,[16] complementing the customers’ selections — “You made a good choice!” — increased tips by about 2 percent of the bill size. The increase was moderated by the number of customers in the dining party; compliments increased tips more when the dining party was small, probably because complimenting everyone at the table for their choices seems less genuine.

A French study[17] found that giving customers a card with a joke on it almost doubled the number of people who left a tip and increased the average size of each tip from 16 percent to 23 percent. In New Jersey, a waitress gave[18] half of her customers a card that read “FINISHED FILES ARE THE RESULT OF YEARS OF SCIENTIFIC STUDY COMBINED WITH THE EXPERIENCE OF MANY YEARS.” and asked them to count the number of “F’s.” These customers were surprised to find out the correct number of Fs was six and gave the waitress a bigger tip than those who did not read the card.

Naturally, the more you sell, the bigger the bill — and by extension, the value of your gratuity. In an upscale restaurant in the northeastern United States, a waitress who offered her customers cocktails, asked if anyone would care for an appetizer, recommended (expensive) items to the undecided, checked a couple of times during the meal to see if anyone wanted more to drink, and suggested dessert or after dinner drinks increased the average tab — and tip — by 23 percent.[19]

Being entertaining and giving compliments to customers are good ways to increase the size of tips.

In one study[20] carried out during a lunch shift at an upscale restaurant in Philadelphia, writing “Thank you” on the back of the check increased tips by 2 percent. In another study,[21] drawing a smiley face on the back of the check boosted a waitress’ tips by an average of 5 percent. Waiters, however, saw their tips go down when they tried the same thing — the smiley face may have been considered too emotional or feminine to be acceptable coming from a man. But waiters at a café in France[22] who drew a picture of the sun increased the percentage of patrons leaving a tip from 21 percent to 38 and saw their average tip size rise by 7 percent.

Helpful messages seem to work, too. In an upscale restaurant in northern New Jersey, writing “We have a special dinner on <date>. The menu will feature delicious seafood. Why not give it a try? It’s great!” on the back of the check increased tips by about 3 percent.[23] Weather forecasts can also increase tips — if the weather is good. A study[24] carried out in an Italian restaurant in central New Jersey found that writing, “The weather is supposed to be really good tomorrow. I hope you enjoy the day!” on the check increased tips by about 3 percent. Forecasting bad weather, however, produced fewer tips than no message at all.

10. Use credit to encourage spending

Credit cards increase a customer’s willingness to spend money.[25] Indeed, diners tend to tip more when they charge their meal to their credit card.[2] But customers don’t have to use their credit cards to spend more. A study[26] carried out in a family restaurant and a café in Upstate New York found that, even if customers paid in cash, simply seeing a credit card insignia on the tip tray encouraged them to leave more for service.

In a study[27] carried out at several restaurants in Kansas, servers got the customers’ names from their credit cards and thanked half of them by name when returning the credit cards and charge slips. A simple “Thank you, Mr. Jones” increased the average gratuity by about 1.5 percent.

12. Give a small token of your appreciation 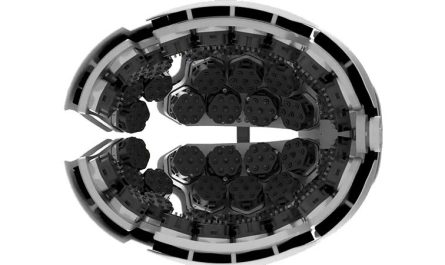 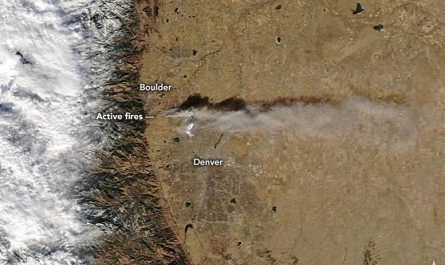