Research analyst Pavel Molchanov claims that although electric still cars cost more than gasoline-powered vehicles, driving them is so economical that you get the money back in a couple of years. According to Molchanov, the increasing oil prices, government tax incentives on EVs, and low-maintenance costs make electric cars a much better option than petrol or diesel cars — and he’s got the numbers to back it up.

The Russia-Ukraine war is affecting the entire planet. Among the many effects of this invasion, the world is also witnessing an increase in fuel prices across the globe. In June, gasoline prices in the US crossed the mark of $5 per gallon, an all-time high — and the US is one of the countries with cheaper oil. People in other parts of the world are also facing a similar crisis or even a worse situation. Petrol and diesel prices in countries like the UK, Germany, India, Nigeria, and Australia, have broken all previous records this year and they are expected to rise further. Basically, on almost the entire planet, there’s an oil price crisis.

Electric cars sound aren’t always considered an alternative due to their higher upfront cost — a 2021 report suggests that due to higher upfront cost and the use of advanced technology, the base price of a normal EV can be equal to or more than that of a luxury gasoline car. But the cost-related issues with EVs and the increasing gas prices amidst the Russia-Ukraine war encouraged Molchanov to do an interesting analysis.

In an interview with Inside Climate News, he said:

“What I wanted to do is provide a comparison of the economics of electric vehicle ownership based on today’s fuel prices versus what they were a year ago. Because with hundred dollar oil, as a result of the war, we understand intuitively that an (electric vehicle) makes more sense the higher oil prices get.”

What does Molchanov’s analysis say?

In July 2021, the average gas price in the US stood at $3.10 and the following year it witnessed an unprecedented jump of 45% and rose to $4.5 per gallon (average price). According to Molchanov, whereas gas prices may see an upward trend further, the average expenditure on electric power is likely to increase by only six percent this year. This means that charging an electric battery is now way more budget-friendlier than filling up a car’s petrol tank.

Electric cars have much lower operational costs as compared to traditional combustion engine cars. It’s not just fuel — repair costs are also lower for electric cars. For instance, the drivetrain (entire gear system and wheel works) in an ordinary gas car comprises over 2,000 components and these parts demand regular oil changes and maintenance. On the contrary, the powertrain of a typical electric car is made up of only 20 moving parts. Since these components don’t require regular oiling, you would have to spend much less on their maintenance. Overall, the maintenance of electric cars should cost substantially lower than those of gasoline cars.

Moreover, a report from Zero Emission Transportation Association (ZETA) reveals that the current fuel prices make driving gas cars three to six times more expensive than electric ones. According to an estimate, a gasoline-powered Ford F150 truck will cost you about $0.20 per mile but when you drive a Ford F150 Lightning (electric), the cost gets reduced to $0.06 per mile. Similarly, if you drive a gas car like Honda Civic, you are spending about $0.13 per mile but by driving a Tesla Model 3, you can bring down this cost to $0.03 per mile.

Considering all such factors in detail, Molchanov compared the costs of buying and driving Nissan Sentra (gas car) and Nissan Leaf (EV) in 2021 and 2022. At the time of his analysis, the sticker prices for Sentra and Leaf were $27,400 and $19,150 respectively. So, a buyer had to pay $7,890 extra for the EV model which sounds like a lot of money.

But when other parameters such as maintenance costs, fuel prices, and mileage were included, Molchanov found that Nissan Leaf saved approximately $1500 per year. This suggested that within five to six years, the EV will cover the extra amount.

“The economics of an EV for an average driver has become two times better. So the payback period a year ago [was] between 10 and 12 years. And today it’s between five and six years,” said Molchanov.

Interestingly, when Molchanov includes the $7,500 tax credit offered by the US government on purchasing an EV like the Nissan Leaf, the car makes up for the extra buying amount within a year. He suggests that although an EV buyer pays a higher amount for an electric car than the consumer who buys an equivalent gas car, the former has to spend less money to keep his or her car on the road. The savings from the car and the tax credit easily compensates for the extra amount the buyer pays for the EV during the purchase.

Electric cars have their own limitations

In these challenging times when oil prices are soaring and climate change is hitting us hard, the world is in dire need of adopting clean energy-based solutions like EVs. The factors highlighted by Molchanov make electric cars sound like a better deal than any comparable gas vehicle and maybe they are, but this is just one analysis.

Electric vehicles are definitely the future but they are still in their development phase. They have their own problems related to charging infrastructure, battery efficiency, long-distance traveling, and mineral demands. On the other hand, petrol and diesel-powered vehicles already drive the global economy. The internal combustion engine that runs them has proved to be one of the most reliable and powerful inventions in human history.

Although automakers like Tesla have shown that with the right market strategy and technology, EVs can replace gas cars. it would take a lot more than just soaring fuel prices for EVs to take over the automobile industry.

The analysis by Pavel Molchanov is published here. 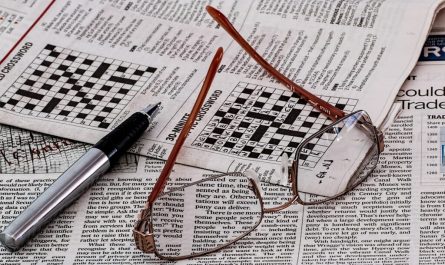 Monkeypox: What We Know (and What We Don't) 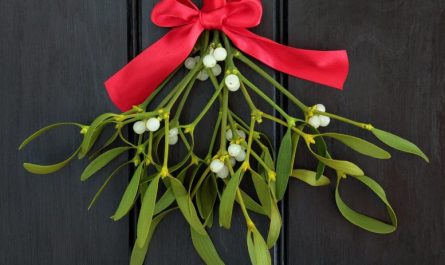