Anorexia is an eating disorder that causes individuals to be overly concerned with their appearance and diet.

Important differences in the brains of those with and without anorexia nervosa have been found, according to a major study headed by neuroscientists at the University of Bath (UK) that involved worldwide collaborators.

In the UK, nearly a quarter of a million individuals aged 16 and older are affected by anorexia, a severe eating disorder, and mental health condition. Symptoms include individuals seeking to maintain the lowest possible weight by undereating.

Although biological factors are well acknowledged, it is still unclear why some individuals have anorexia while others do not. The new findings, which are published in the journal Biological Psychiatry and are based on in-depth examinations of brain scans obtained from patients all around the globe, provide some insight into the subject.

They discovered that three crucial brain measurements—cortical thickness, subcortical volumes, and cortical surface area—are “sizeably reduced” in anorexics. Reduced brain size is significant since it is thought to indicate the loss of brain cells or the connections that link them.

The findings provide some of the most convincing evidence to date that eating disorders and structural brain changes are related. The team claims that the anorexia effect sizes in their research are in fact the greatest of any psychiatric disorder examined to date.

Based on the results, the team stresses the importance of early treatment to help people with anorexia avoid long-term, structural brain changes. Existing treatment typically involves forms of cognitive behavioral therapy and crucially weight gain. Many people with anorexia are successfully treated and these results show the positive impact such treatment has on brain structure.

Lead researcher, Dr. Esther Walton of the Department of Psychology at the University of Bath explained: “For this study, we worked intensively over several years with research teams across the world. Being able to combine thousands of brain scans from people with anorexia allowed us to study the brain changes that might characterize this disorder in much greater detail.

“We found that the large reductions in brain structure, which we observed in patients, were less noticeable in patients already on the path to recovery. This is a good sign because it indicates that these changes might not be permanent. With the right treatment, the brain might be able to bounce back.”

The team worked together as part of the ENIGMA Eating Disorders Working Group, run by the University of Southern California. The ENIGMA Consortium is an international effort to bring together researchers in imaging genomics, neurology, and psychiatry, to understand the link between brain structure, function, and mental health.

“The international scale of this work is extraordinary,” said Paul Thompson, a professor of neurology and lead scientist for the ENIGMA Consortium. “Scientists from 22 centers worldwide pooled their brain scans to create the most detailed picture to date of how anorexia affects the brain. The brain changes in anorexia were more severe than in other any psychiatric condition we have studied. Effects of treatments and interventions can now be evaluated, using these new brain maps as a reference.”

He added: “This study is novel in terms of the thousands of brain scans analyzed, revealing that anorexia affects the brain more profoundly than any other psychiatric condition. This really is a wake-up call, showing the need for early interventions for people with eating disorders.”

Critical Revolutionaries: an insightful dive into the work of five critics who shaped literature — and society 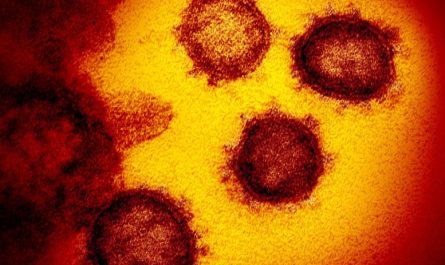