You know things aren’t exactly going great when you uncover some centuries-old warnings.

Hunger stones are a type of hydrological landmark relatively common across Central Europe, though you could also think about them as famine memorials. When water levels would go down severely during a drought, they would expose more and more rocks. When the water level drops below a certain level, crop harvests could collapse, causing widespread hunger. Across the centuries, people carved into these rocks as a warning for future generations — a sort of “if you can read this, you’re screwed”.

Several rocks were carved like this from the 15th century onwards in central Europe, especially on the Elbe river, but also on the Danube, Rhine, and Weser. Most of these rocks (if not all) have become visible in the ongoing drought.

The dire markings should come as no surprise, but seeing the water levels go down, giving way to centuries-old warnings is not exactly reassuring. Much of Europe is undergoing a historic drought. Exacerbated by climate breakdown, a dry first half of the year, heatwaves and record-breaking temperatures, water levels have gone down more and more.

“We haven’t analysed fully this year’s event because it is still ongoing,” said Andrea Toreti of the European Commission’s Joint Research Centre. “There were no other events in the past 500 [years] similar to the drought of 2018. But this year, I think, is worse.”

Indeed, the hunger stones also emerged in 2018, with some of them becoming local tourist attractions. But the situation is not attractive at all. The River Rhine, one of Europe’s main arteries, has dried up, with water levels falling below 40 cm. Water restrictions have been implemented in several countries, including the UK — a country not normally known for having water trouble.

Meanwhile, in France, over 100 villages have been left entirely without drinking water as the rivers supplying them have dried up. Water use has been restricted in nearly all metropolitan departments of France, with prime minister Élisabeth Borne calling it “the country’s worst drought in history.” The vast majority of rivers in Europe are drying up, with water levels decreasing by almost a third on average.

As river levels drop, the problems spread even beyond water availability, fueling the energy crisis. Rivers are essential for the transport of goods. The Rhine, for instance, was increasingly used as a transport hub for fossil fuels as Germany was trying to wean off its Russian gas dependency — and now all that is on pause. River water is also used to cool down nuclear reactors in France. This doesn’t put the reactors under existential threat, but it forces them to reduce their output (thankfully, many reactors had already been temporarily shut down for maintenance).

The Po, Italy’s longest river, and a vital transport hub for the country, is also drying up. The Italian government declared a state of emergency in five regions in July already, and in many areas, pigs and cattle are left without water.

Europe isn’t the only place sweltering right now. The first quarter of 2022 was the driest on record in California and Nevada. Even in China, which isn’t really transparent about its problems, the signs of drought are starting to take a big toll. Meanwhile, in the Middle East, sustained high temperatures are also bringing water levels down.

While it’s very difficult to tie climate change to individual events, this is exactly the type of problem you’d expect to become more prevalent as climate change starts to take its toll. Heatwaves, drought, and extreme weather — this is what we can expect more of in our climate future. Unless we reduce our greenhouse gas emissions (and fast), things will escalate even further.

What time is the Beaver Moon lunar eclipse this week? 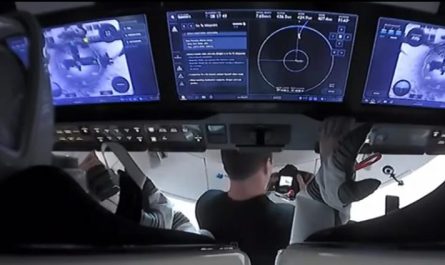