A prolonged drought and unusually high temperatures are affecting large parts of China, limiting drinking water supplies and reducing crop yields. The situation, likely to continue for weeks, has forced the government to shut down factories and impose rolling blackouts as reservoirs to generate hydropower are running extremely low.

For over two months, most of southern China has been dealing with heatwave and drought, with water levels in the Yangtze river, the country’s largest one, and in the biggest freshwater lakes at record lows. China’s meteorological administration has said the drought will continue across the summer and has also warned of flash flooding — something that’s more likely to happen after a drought (here’s why).

The Yangtze’s middle and lower sections have had temperatures over 40 Celsius (104 Fahrenheit) over the past month, likely caused by variations in the western Pacific subtropical high – a major determinant of summer weather in east Asia. It’s been the longest sustained period of extreme temperatures since records began back in 1961.

Six provinces and cities in southern China, including Anhui, Jiangxi, Hubei, Hunan, Chongqing, and Sichuan, have been affected by the drought, with 830,000 people having difficulty accessing drinking water and nearly 645,000 hectares of crops damaged, according to the Water Ministry. The lack of rain has been especially marked in the megacity of Chongqing, which covers a large area of mountains and rivers. Rainfall has been half of what is usually expected for the year, with smaller waterways having dried up completely. State media reported over 600,000 people and 36,000 hectares of crops were affected.

China’s southwestern province of Sichuan said it would ration power supplies to homes, offices, and shopping malls, after having already asked metal factories and fertilizer producers to limit their operations. Government offices were asked to set ACs no lower than 26 Celsius and use more staircases instead of lifts, local media reported.

With 94 million inhabitants, water levels at the hydropower reservoirs in Sichuan are down by as much as half this month, according to government data. The power company in Dazhou, a city in Sichuan, imposed 2 1/2-hour power cuts this week, which were later expanded to three hours, Shanghai media outlets reported.

China has allocated $44.3 million of relief funds to support agriculture in the regions affected by drought and flood. The funds will be used to subsidize seeds, fertilizers, and pesticides and to repair post-disaster farms. The Minister of Agriculture Tang Renijan said technicians would be sent across the country to assist in crop management. 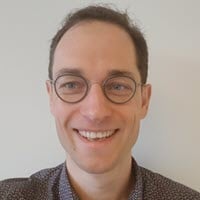