Diabetes is the most common metabolic disease.

A new study investigates the link between belly fat and the risk of metabolic illness.

Changes in the body in reaction to an increase in belly fat have been studied as part of a TwinsUK study, providing new insight into the cause of metabolic disease.

Researchers from King’s College London examined how epigenetic marks (measures of how the human body reads DNA to affect the way genes work) in fat tissue change as belly fat builds up. The study was led by Dr. Jordana Bell and Colette Christiansen and was published in the medical journal Genome Medicine.

The researchers examined epigenetic marks across the genome, which is the complete set of a person’s genetic material, using samples from 538 TwinsUK participants and combining genetic, gene function, diet, and health data. They discovered nine genes that are highly relevant to the risk of metabolic disease.

Among them was a gene with detected epigenetic alterations that were identified as a possible method by which diet might impact belly fat accumulation, as well as other epigenetic marks that translate genetic risk effects on metabolic health.

The results also gave the researchers a better understanding of the molecular changes brought on by an increase in belly fat and the effects these changes have on gene expression and insulin resistance.

“With rapidly rising rates of obesity worldwide, it is important that we understand how elevated body fat affects us at the molecular level and how this translates to metabolic disease risk,” said Dr. Jordana Bell, Reader in Epigenomics in the School of Life Course & Population Sciences.

Metabolic diseases – the most common of which is diabetes – disrupt normal metabolism or the process of converting food to energy on a cellular level.

While previous studies in this field have explored the role of epigenetic marks in overall obesity using body mass index (BMI), the build-up of belly fat deep within the abdomen is known to be a greater risk factor for metabolic disease than BMI alone.

“Our study brings us one step closer to this goal by identifying an epigenetic signature of excess belly fat, understanding its genetic and dietary triggers, and characterizing its functional impacts and clinical consequences for insulin resistance,” added Dr. Bell.

Based on the results of the study, the researchers also developed an epigenetic predictor of insulin resistance, relating their findings to the clinical consequences of elevated belly fat.

Colette Christiansen, a Ph.D. researcher in the School of Life Course & Population Sciences said: “It is exciting to see that when we combine many different layers of biological information, we can start to unravel the mechanisms which drive the state of our biological health.”

Alternative to Silicon: Why Perovskites Could Take Solar Cells to New Heights

The glory: the science behind a rare optical phenomenon 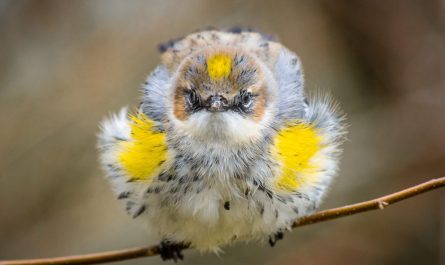 The Mysteries of the Ponderosa Pine