This article was originally published in 2019.

The climate of North American cities will change to that of areas hundreds of miles to the south, a study reports — and it’ll happen within a single generation.

In a bid to make people understand just how dire of a problem climate change is, a team of researchers developed an interactive app to showcase expected future conditions in every US city just one generation down the line. The app ties each city with a different location, whose current climate reflects what’s in store for the future.

“Under current high emissions the average urban dweller is going to have to drive more than 500 miles to the south to find a climate like that expected in their home city by 2080,” said study author Matt Fitzpatrick of the University of Maryland Center for Environmental Science.

“Not only is climate changing, but climates that don’t presently exist in North America will be prevalent in a lot of urban areas.”

The team looked at 540 urban areas — encompassing about 250 million people — in the United States and Canada. They mapped the similarities between predicted future climates for cities in these areas and contemporary climate conditions in the western hemisphere north of the equator. They used 12 climate indicators, including minimum and maximum temperatures, as well as precipitation levels during each season.

Climate differences were analyzed under two emission scenarios: unmitigated emissions (RCP8.5), and mitigated emissions (RCP4.5). The first scenario is the most likely given current policies and the rate of global action on the matter, the team writes. The second one assumes policies meant to limit emissions, such as the Paris Agreement, put in place and enforced.

By the 2080s, the study found, climate across North America’s urban areas will be substantially different — even if we place and enforce limits on emissions. In many areas, conditions will mirror climates that aren’t, today, seen anywhere north of the equator in the western hemisphere. If today’s emission patterns continue unaltered throughout the century, these areas will resemble, on average, climate conditions seen today 500 miles to their south.

Nearly all urban areas in the eastern US, including Boston, New York, and Philadelphia, will become most similar to contemporary climates to the south and southwest. Most urban areas in the central and western U.S. will become similar to contemporary climates found to the south or southeast, the team predicts. All in all, America’s cities will largely resemble the humid subtropical climates typical seen parts of the Midwest or southeastern U.S. today, being wetter and warmer throughout the year.

Unless measures are taken to curb emissions, the team explains, Washington, D.C. will feel more like northern Mississippi. Eastern states will increasingly resemble the deserts of California. The climate in San Francisco will have very little different from today’s Los Angeles, while New York will feel like northern Arkansas.

“Within the lifetime of children living today, the climate of many regions is projected to change from the familiar to conditions unlike those experienced in the same place by their parents, grandparents, or perhaps any generation in millennia,” said Fitzpatrick.

“Many cities could experience climates with no modern equivalent in North America.”

To help people get a better idea of just what these changes would feel like, the team turned to climate-analog mapping. This technique involves matching the expected future climate in one location to the current climate of another. They set up an app you can use to link your city to familiar locations which you can check out here.

“We can use this technique to translate a future forecast into something we can better conceptualize and link to our own experiences,” said Fitzpatrick. “It’s my hope that people have that ‘wow’ moment, and it sinks in for the first time the scale of the changes we’re expecting in a single generation.”

The paper “Contemporary climatic analogs for 540 North American urban areas in the late 21st century” has been published in the journal Nature. 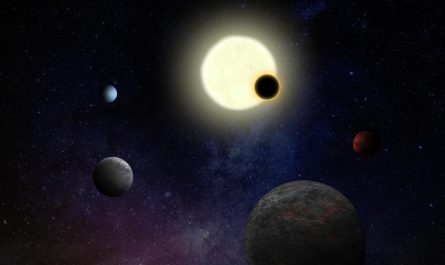