The antibody could greatly improve our ability to defend against future variants.

Future vaccine development may be inspired by the findings.

Therapeutic antibodies that were effective early in the pandemic have lost their efficacy as SARS-CoV-2 has changed and mutated, and more recent variants, particularly Omicron, have learned how to circumvent the antibodies our systems produce in response to vaccinations. We may be able to better guard against possible variations thanks to a new, widely neutralizing antibody created at Boston Children’s Hospital. In tests, it neutralized all known SARS-CoV-2 variants of concern, including all Omicron variants.

“We hope that this humanized antibody will prove to be as effective at neutralizing SARS-CoV-2 in patients as it has proven to be thus far in preclinical evaluations,” says Frederick Alt, Ph.D., of the Program in Cellular and Molecular Medicine at Boston Children’s Hospital, who co-led the research.

In a study that was published in Science Immunology, Alt and Sai Luo, Ph.D., utilized a modified version of a humanized mouse model that his lab had previously used to look for broadly neutralizing antibodies to HIV, another virus that often mutates. Since the mice effectively have built-in human immune systems, the model closely resembles how the trial-and-error process our immune system uses to create increasingly effective antibodies.

The researchers initially introduced two human gene segments into the mice, causing their B cells to create a wide repertoire of humanized antibodies in a short period of time. They subsequently exposed the mice to the original Wuhan-Hu-1 strain of the virus’s SARS-CoV-2 spike protein, which is the main protein targeted by our antibodies and current vaccines. The modified mice developed nine lineages, or “families,” of humanized antibodies that bonded to the spike in response.

Together with a Duke University team led by Dr. Barton Haynes, Alt and Luo then assessed the efficacy of these antibodies. Antibodies from three of the nine lineages were effective in neutralizing the original Wuhan-Hu-1 virus. The SP1-77 antibody and other members of its lineage, in particular, demonstrated extremely wide activity, neutralizing Alpha, Beta, Gamma, Delta, and all prior and current Omicron strains.

A new approach to virus neutralization

What caused the SP1-77 antibody to be so broadly neutralizing? Structural studies by a collaborating team led by Bing Chen, Ph.D. and Jun Zhang, Ph.D. at Boston Children’s Hospital and the Haynes group at Duke, showed that SP1-77 works differently from current antibodies (either therapeutic antibodies or those we make in response to current vaccines).

Many of the existing antibodies work by attaching to the receptor-binding domain (RBD) of the spike in certain regions, preventing SARS-CoV-2 from binding to our cells’ ACE2 receptors, which is the initial step in infection. The SP1-77 antibody binds to the RBD as well, but in a completely different manner that does not prevent the virus from binding to ACE2 receptors.

Using a novel live-cell imaging platform described in a preprint, collaborators Alex Kreutzberger, Ph.D. and Tomas Kirchhausen, Ph.D., of Boston Children’s Hospital showed that SP1-77 prevents the virus from fusing its outer membrane with the membrane of the target cell. This thwarts the final necessary step that throws the door open to infection.

These features may inform the design of new SARS-CoV-2 vaccines. “SP1-77 binds the spike protein at a site that so far has not been mutated in any SARS-CoV-2 variant, broadly neutralizing current variants by a novel mechanism,” says Kirchhausen. 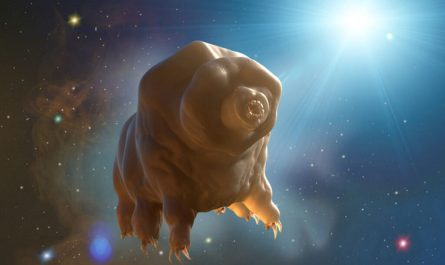 Scientists want to send worms and tardigrades into interstellar space