Diabetes can affect your brain by damaging nerves or blood vessels.

The new study suggests that damage in the brain caused by Type 1 diabetes could be reversible for teens.

According to a study recently published in the journal Nature Communications, teens with Type 1 diabetes who tightly control their blood sugar levels may be able to lessen the disease’s damaging effects on the brain, effects that have been shown even in younger children. The results suggest that improved glucose control might actually enhance brain structure and function in youth with Type 1 diabetes, bringing them closer to their non-diabetic counterparts, according to researchers.

Researchers from Stanford University School of Medicine and Nemours Children’s Health in Jacksonville collaborated to lead this proof-of-concept pilot study, which is the most thorough investigation to date on the subject.

“These results offer hope that harm to the developing brain from Type 1 diabetes might be reversible with rigorous glucose control,” said the paper’s senior author, and co-principal investigator, pediatric endocrinologist Nelly Mauras, MD, of Nemours Children’s Health Jacksonville and professor of pediatrics at Mayo Clinic College of Medicine. “Use of an automated hybrid closed-loop system–an insulin delivery system linked to a continuous glucose monitor–was associated with better blood glucose concentrations, which translated in our study to quantifiable differences in brain structure and cognition.”

The study was conducted through the five-center Diabetes Research in Children Network (DirecNet). The National Institutes of Health (NIH)-funded DirecNet includes approximately eight years of longitudinal data on a cohort of children with and without diabetes. Studies from DirecNet have strengthened the case that high blood sugar levels are responsible for the negative changes in the brains of children and teenagers with diabetes, which include effects SUCH as lower than normal IQ.

Dr. Mauras and the DirecNet investigators recruited 42 teenagers, ages 14 to 17, diagnosed with Type 1 diabetes before the age of eight who were receiving insulin therapy. The teens were randomly assigned to one of two groups – one using a hybrid closed-loop insulin delivery system and the other receiving standard diabetes care. The researchers conducted cognitive assessments and multi-modal brain imaging with all participants before and after the six-month study period.

A hybrid closed-loop insulin delivery system, used properly and continuously, can increase the amount of time when blood sugar is in a healthy range. It particularly helps stabilize blood sugar during sleep, when detection and treatment of early signs of hypoglycemia are more difficult. The system uses a closed glucose monitor (CGM) to measure blood sugar every five minutes through a sensor under the skin. The CGM connects wirelessly to an insulin pump that adjusts the amount of insulin based on the latest CGM reading.

“We have known for some time that better control of blood glucose levels in persons with Type 1 diabetes can prevent or reduce damage to a number of biological systems (for example, kidney, eyes, nerves, blood vessels). Our new research joins with other studies to highlight that better control of blood glucose levels in children with Type 1 diabetes can potentially reduce injury to the maturing brain and lead to measurable improvements in brain development and function as well,” said lead author and co-principal investigator, Allan Reiss, MD, the Howard C. Robbins Professor of Psychiatry and Behavioral Sciences and a professor of radiology at Stanford.

Type 1 diabetes is an autoimmune disease, in which the body’s immune system mistakenly destroys insulin-producing cells in the pancreas. Its causes are not fully understood, and currently no cure exists. An estimated 244,000 children and adolescents in the U.S. have this condition, which can cause sometimes serious health problems that develop quickly or that show up later in life. This study builds on previous research showing that strict blood sugar control leads to lower rates of diabetes complications such as blindness, kidney failure, and amputations.

The study was funded by the Eunice Kennedy Shriver National Institute of Child Health and Human Development and the Juvenile Diabetes Research Foundation. 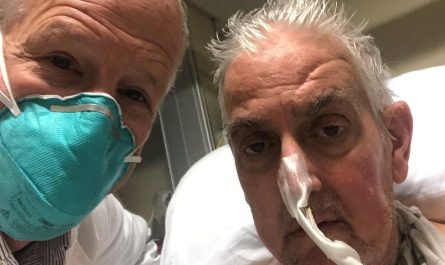 In a world-first, dying man receives heart transplant from a pig