It took over five years, but the United States is finally moving forward to ratifying a global climate treaty that would phase down the use of hydrofluorocarbons (HFCs) — potent industrial chemicals commonly found in air conditioners, refrigerators, industrial foams, and pharmaceutical inhalers with a global warming potential much higher than CO2.

Later this week, the US Senate will vote to advance the Kigali Amendment, an addition to the Montreal Protocol climate agreement aimed at reducing the global use of hydrofluorocarbons. The US was involved in negotiating the terms of Kigali in 2016 but never ratified it. Over 130 have already agreed to the amendment, according to the UN.

HFCs were widely adopted in the 1980s and 1990s to replace another group of chemicals, chlorofluorocarbon (CFCs), which damage the Earth’s ozone layer. But after the switch, HFCs emerged as some of the most potent greenhouse gases. Phasing them out would reduce global warming by up to 0.5 degrees Celsius, the UN estimates.

As the world aims at limiting global warming to 1.5 degrees Celsius to avoid the worst consequences of the climate crisis, half a degree can make a big difference. The global average temperature has already increased 1.1 degrees Celsius and is on its way to keep increasing unless drastic action is taken now – such as with the Kigali Amendment.

US ratification of the amendment stalled during the Trump administration, which was hostile to international agreements and to climate action in particular. President Biden reactivated US’ climate efforts last year, sending Kigali to the Senate in November. The Foreign Relations Committee approved it in May and Majority Leader Charles Schumer set it up for a vote this week.

While approving the Kigali Amendment would require approval from two-thirds of the senators present, the target is expected to be met before the end of the week. Schumer said on the Senate floor last week that HFCs have to be dealt with “as soon as possible.” They are “thousands of times more damaging to our atmosphere than carbon dioxide,” he added.

The US has already taken steps to adhere to the amendment before actually ratifying it. In December 2020, Congress approved the American Innovation and Manufacturing (AIM) Act as part of an appropriations bill. The act empowers the EPA to enforce a phase-down of 85% of the production and consumption of HFCs over the next 15 years.

While praising the AIM, industry groups such as the Alliance for Responsible Atmospheric Policy said ratifying the amendment was still necessary. The Alliance estimates that doing so would increase US manufacturing jobs by 33,000 by 2027, increase exports by $5 billion and reduce imports by $7 billion, among many other benefits.

This is thanks to the emerging industry of HFC-free technologies that are starting to take shape in the US. Some of the currently available alternatives to HFC include hydrocarbons, ammonia and water, and carbon dioxide. Other alternatives, such as solar cooling and magnetic refrigeration, are also expected to hit the markets in the next few years. 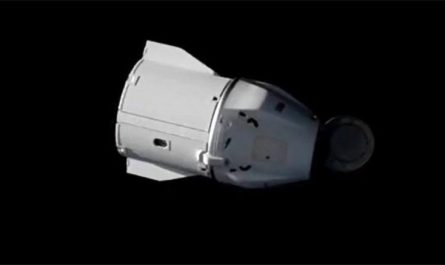