New research may explain why some people with COVID-19 only experience minor, flu-like symptoms and others have severe disease that can result in death.

It may be the most baffling quirk of COVID: While some infected individuals only have minor, flu-like symptoms, in others COVID-19 can spiral into severe disease, disability, and even death. A new research paper published on September 21 in the journal Nature may explain the genetic underpinnings of this dichotomy.

In their latest research, scientists showed that mice with gene variants previously linked to Alzheimer’s disease were at a greater risk of dying when infected with SARS-CoV-2, the virus that causes COVID-19. In addition, a retrospective analysis indicates that patients with those same gene variants were more likely to have died of COVID throughout the pandemic. With 3% of the world population possessing these gene variants, the findings may have implications for hundreds of millions of individuals worldwide.

“It is clear that age, sex, and certain preconditions such as diabetes increase the risk of detrimental outcomes, but these factors don’t fully explain the spectrum of COVID outcomes,” says Sohail Tavazoie, M.D., Ph.D. He is the Leon Hess Professor, Howard Hughes Medical Institute Faculty Scholar and Head of the Meyer Laboratory of Systems Cancer Biology at The Rockefeller University. “This is the first time that we’ve seen such a common genetic variant associated with COVID mortality.”

A closer look at APOE

In previous research, Tavazoie’s lab studied a gene called APOE that plays a role in cancer metastasis. After discovering that the gene suppresses the spread of melanoma and regulates anti-tumor immune responses, he and his team began looking at its different forms, or alleles, more closely. Although, most people have a form called APOE3, 40% of the population carries at least one copy of the APOE2 or APOE4 variant. People with APOE2 or APOE4 produce proteins that differ from APOE3 protein by one or two amino acids.

The APOE gene provides instructions for making a protein called apolipoprotein E. This protein combines with lipids (fats) in the body to form molecules called lipoproteins. Lipoproteins package cholesterol and other fats and carrying them through the bloodstream. There are at least three slightly different versions (alleles) of the APOE gene. Each person inherits two APOE alleles, one from each biological parent. The major alleles are called ε2, ε3, and ε4. The most common allele is ε3, which is found in more than half of the general population.

Just one or two amino acids make a difference. Notably, people with APOE4 are at greater risk of developing Alzheimer’s and atherosclerosis. Also, Tavazoie and Benjamin Ostendorf, a postdoctoral fellow in his lab, have demonstrated that APOE4 and APOE2 impact the immune response against melanoma. As the COVID-19 pandemic progressed, Tavazoie and Ostendorf began to wonder whether APOE variants might impact COVID outcomes, as well. “We had looked only at non-infectious diseases,” he says. “But what if APOE variants also made people vulnerable to an infectious agent, like SARS-CoV-2? Could they cause different immune responses against a virus?”

To investigate, Tavazoie and colleagues first exposed more than 300 mice engineered to carry human APOE to a mouse-adapted version of SARS-CoV-2 produced by colleagues Hans-Heinrich Hoffmann and Charles M. Rice. They discovered that mice with APOE4 and APOE2 were more likely to die than those with the more common APOE3 allele. “The results were striking,” says Ostendorf, lead author on the study. “A difference in just one or two amino acids in the APOE gene was sufficient to cause major differences in the survival of mice exhibiting COVID.”

In addition, mice with APOE2 and APOE4 had more virus replicating in their lungs and more signs of inflammation and tissue damage. At the cellular level, the scientists discovered that APOE3 appeared to reduce the amount of virus entering the cell, while animals with the other variants had less potent immune responses to the virus. “Taken together, these results suggest that the APOE genotype impacts COVID outcomes in two ways,” Ostendorf says, “by modulating the immune response and by preventing SARS-CoV-2 from infecting cells.”

“The results were striking. A difference in just one or two amino acids in the APOE gene was sufficient to cause major differences in the survival of mice exhibiting COVID.” — Benjamin Ostendorf

Tavazoie emphasizes that there is no evidence that the 40% of individuals carrying only one of these alleles are at increased risk. Furthermore, he says those with two APOE2 or APOE4 alleles are likely at lower risk today than the data indicates. “Vaccination changes the picture,” he explains. “Data in UK Biobank spans the length of the pandemic, and many of the individuals who died early on would likely have been protected had they been vaccinated.”

Moving forward, Tavazoie hopes to see prospective studies on the link between APOE and distinct COVID outcomes. “We’ve taken the first step,” he says. “But to be clinically useful, these results will need to be assessed in prospective human trials that test individuals for their APOE genotypes and account for the availability of vaccination, something that wasn’t available early in the pandemic and would improve COVID outcomes across APOE genotypes.”

If future research confirms a link between APOE and COVID outcomes, clinicians might recommend that individuals with APOE4 or APOE2 be prioritized for vaccinations, boosters, and antiviral therapies. Screening for APOE is fairly routine and inexpensive, and many individuals already know their APOE variants because commercial genetic tests such as 23andMe use it to gauge Alzheimer’s risk. At the same time, Tavazoie cautions that screening for a gene variant linked to Alzheimer’s is not without ethical hurdles, because many people would rather not know whether they are predisposed to an incurable neurodegenerative disease.

For his part, Tavazoie plans to also take a closer look at how APOE interacts with various biological systems. The link between APOE4, Alzheimer’s, and COVID, for instance, raises the possibility that this gene may play a role in the neurocognitive complications that arise in some COVID patients. “We want to better understand the function of APOE by studying how it shapes the behavior of cells in these disparate contexts of cancer, dementia, and now viral infection,” Tavazoie says. 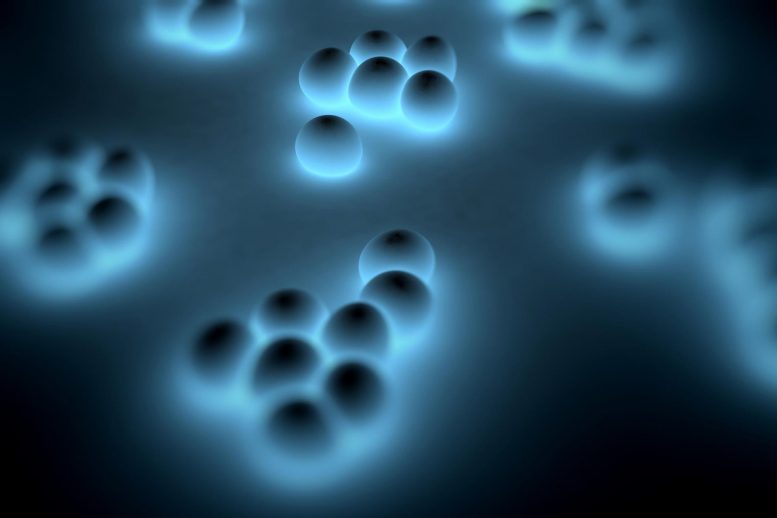 The Hunt for the Gravitational Wave Background: NASA’s FERMI Searches for Ripples in Spacetime