Paleontologists in China have just published a string of four tantalizing papers that describe a set of astounding fossils belonging to the earliest known jawed vertebrates, some of which lived up to 440 million years ago — that’s tens of millions of years before the first terrestrial vertebrates and even the first trees emerged.

The fossils, which were unearthed at sites in China’s Chongqing and Guizhou regions, are extraordinarily preserved. Among them are fossils that allowed paleontologists to distinguish an external bony “armor” and multiple pairs of fin spines belonging to a new species of particular interest. These features helped the researchers class the new species, known as Fanjingshan renovata after a famous mountain and UNESCO World Heritage Site in China, as an acanthodian, which were ancient shark-like marine predators.

“This is the oldest jawed fish with known anatomy,” said Professor Zhu Min from the Institute of Vertebrate Paleontology and Paleoanthropology (IVPP) of the Chinese Academy of Sciences. “The new data allowed us to place Fanjingshania in the phylogenetic tree of early vertebrates and gain much-needed information about the evolutionary steps leading to the origin of important vertebrate adaptations such as jaws, sensory systems, and paired appendages.”

The most striking thing about Fanjingshania is the skin ossifications on its shoulders that occur primitively in jawed fish. These spines are fused as a unit to the dermal shoulder girdle plates. It shed its scales like bony fish rather than cartilaginous fish like modern sharks, showing that even 439 million years ago jawed vertebrates were not only populating the oceans but already diversifying as well.

“This level of hard tissue modification is unprecedented in chondrichthyans, a group that includes modern cartilaginous fish and their extinct ancestors,” said lead author Dr. Plamen Andreev, a researcher at Qujing Normal University. “It speaks about greater than currently understood developmental plasticity of the mineralized skeleton at the onset of jawed fish diversification.”

But that’s not all.

The paleontologists also discovered Qianodus duplicis, a 439-million-year-old fish that has the earliest teeth ever found; Shenacanthus vermiformis, a tiny 30-millimeter-long cartilaginous fish that reveals important insights about the ancestry of sharks; and Xiushanosteus mirabilis, a small armored, jawed intermediate fish that may reveal one of the key stages of vertebrate evolution. Not a bad day for science, huh?

“Qianodus provides us with the first tangible evidence for teeth, and by extension jaws, from this critical early period of vertebrate evolution,”  paleontologist Qiang Li of  Qujing Normal University said in a statement.

This fantastic set of fossils will help scientists demystify a frustrating period in vertebrate evolution. Judging from the DNA of living creatures, molecular biologists reckon that the very first jawless vertebrates appeared around 450 million years ago. Later, a new lineage of vertebrates with jaws emerged, which would subsequently evolve into the first bony fish, some of which transitioned into the land to become the first terrestrial vertebrates during the late Devonian — a period sometimes referred to as the “Age of Fishes“. That’s a defining moment in the history of evolution that would eventually lead to the emergence of amphibians, reptiles, dinosaurs, birds, and mammals, including us humans.

There are potentially even older remains excavated from the site that are currently in the process of being described, so even more surprises are expected. Scientists have made high-resolution X-ray scans of these fossils and are currently pouring through the data.

The findings appeared in four papers published in the journal Nature: 1, 2, 3, and 4. 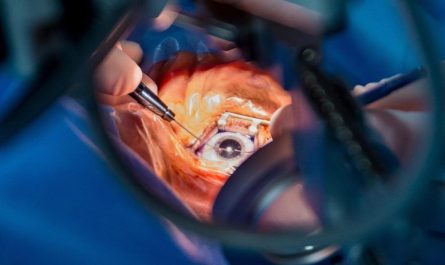