Close to the clouds, high up in the mountains, you may get the chance to see concentric rainbows around the shadow of your head caused by the sunlight coming from behind you. This phenomenon that resembles an iconic saint’s halo is not a miracle — it’s a physical phenomenon called a glory, or more technically, a Broken specter.

The phenomenon is caused by sunlight (or very rarely, moonlight) interacting with tiny water droplets from mist or clouds. But it took a long time to understand the physics behind it.

Light and water can do some fun things together, but figuring out exactly what’s going on isn’t always easy. Isaac Newton came up with a clever experiment that enabled physicists to study light better than ever before: he made a tiny hole in a piece of wood to isolate a small ray of light. He then directed that light into a prism that refracted the light onto a white piece of paper. But, instead of the white light that went in, it was a rainbow spectrum of light that came out.

Simply put, what we call light (or white light) has multiple “colors” in it — this is the spectrum of visible light, and each color corresponds to a different wavelength.

Light can be separated by passing it through a prism, and the different wavelengths can then be recomposed into “normal” light. In optics, the name for this phenomenon is diffraction, and it doesn’t only work with prisms, but with any object with the right properties — even a droplet of water.

But as light passes through the prism (or again, any object with the right parameters), it doesn’t just get diffracted, it also bends (something called refraction). Different frequencies bend in different ways; for instance, the red part of the spectrum bends very little compared to the violet.

This phenomenon also plays a role in rainbows: the light is refracted inside water droplets, reflects on the droplet wall, and is refracted again leaving the droplet. The violet bends more just like in the previous example, so we get the pattern of 7 colors.

First, it was thought that glories worked similarly to the rainbow. It was simple and it seemed to make sense. However, circular rainbows are entirely different phenomena.

In 1947, Dutch astronomer H.C. van de Hulst attempted to explain the formation of the glory by using the wave theory of light and using the rather vague concept of surface waves. He proposed that there is interference from the opposite sides of each droplet in the cloud, and this produces the glory — an explanation that was widely accepted for decades.

However, 40 years later, H. M. Nussenzveig and W. J. Wiscombe presented a different hypothesis. They attempted to explain the phenomenon using something called Mie scattering, which occurs when the diameters of atmospheric particulates are similar to or larger than the wavelengths of the scattered light. This made the mathematics of the phenomenon much more complex, but attempted to present a more complete explanation.

Essentially, when sunlight doesn’t directly hit the water droplets, but rather passes just near the droplet, this “stirs electromagnetic waves within the droplet” — these waves eventually tunnel their way out of the droplet and send the light waves back to their origin. This process is called tunneling.

So the light waves passing very close to a reflecting spherical surface can tunnel through the sphere without actually touching it. Water droplets experience the tunneling effect. Inside the sphere, the wave can be reflected back and forth, staying trapped. This was suggested by H. M. Nussenzveig and W. J. Wiscombe in 1987.

This explains why the light can be ‘reflected’ back so that the glory is formed around our shadows. But why does this only form in mountains or with planes? Mountains are colder than the valleys, if humid air is forced upwards the water vapor condenses and the small droplets are suitable to scatter light. The same thing goes for airplanes, they are close to clouds so the magic happens.

In fact, before the era of airplanes, sightings of glories were rare — it’s likely that only mountaineers had the privilege of witnessing them.

However, the physical mechanism for the formation of glories is complicated and not yet fully understood.

Be Careful of Overeating While Pregnant: Maternal Obesity Greatly Increases a Child’s Risk of Heart Problems 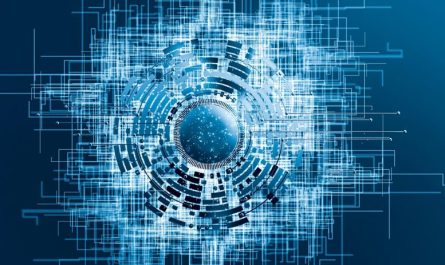 Science Made Simple: What Is Exascale Computing?