China is betting hard that “seawater rice”, a modified species of the grain that can grow in salty, alkaline soils, can pave the way towards achieving food security at last — and new results suggest their bet is paying off.

The single most populous country in the world today is China. It has been so for thousands of years. Historically, the incredibly fertile floodplains crossing through the land, such as the Yellow River delta, have given China access to reliable and bountiful crops. This meant that food was abundant, and a very large population base developed.

But in modern times, traditional farming practices simply couldn’t keep up with the immense population boom in China. Even the advent of mechanization and advanced farming techniques in the last few decades have not been enough to allow China to reliably feed all its people.

In a bid to finally ensure that nobody ever needs to go hungry in China again, researchers there have been hard at work developing “seawater rice”. Such a crop would allow farmers to grow a staple food on lands that were previously toxic to rice or too barren to be used — and ensure the country’s food security.

Output of this hybrid species has more than doubled in the last three years, explain researchers from the Qingdao Saline-Alkali Tolerant Rice Research and Development Center in the eastern province of Shandong. Last year, seawater rice could yield an average crop of 8.8 tons per hectare, which was increased to over 10 tons per hectare in 2022, according to the state-run Science and Technology Daily.

Such figures set a new record for the production of rice in environments where salt concentrations reach 4 grams per kilogram. Average yields for hybrid rice were also higher than those of the conventional crop, says Wan Jili, a manager at the research center in Qingdao.

With roughly one in every six human beings today living inside China’s borders, the country has quite a lot of mouths to feed. As such, every inch of arable land is valuable. But China also has around 100 million hectares of barren land inside its borders; between 6.7 million to 13 million hectares of these lands could be improved for rice cultivation, according to internal estimates.

Efforts to increase the yield of rice have mostly centered around the work of the late Yuan Longping, nicknamed the “father of hybrid rice”. Thanks to his research, China’s rice output has more than tripled since the 1970s.

Research into salt-tolerant rice started with Yuan Longping, and was heavily based on his previous efforts. The development of these strains began in 2012. In 2016, six locations in China, each with different soil properties, were chosen as test sites for the new species of rice. From there, the surface used for planting seawater rice has grown to over 400,000 hectares in China as of last year, spread over more than a dozen provinces.

The team aims to expand this growing area to more than 667,000 hectares this year. In the next 10 years, they plan to have 6.7 million hectares of barren land tilled and seeded with seawater rice.

“If the area planted with seawater rice can be expanded to 100 million mu [6.7 million hectares], it can produce an additional 30 billion kg of rice per year, which is equivalent to the total annual grain production in Hunan province,” Yuan said in 2018. “We could feed 80 million more people.”

They are also promoting this rice overseas. In 2018, Yuan’s team successfully demonstrated the crop in the deserts of Dubai, where they achieved an average yield of 7.5 tons per hectare.

Seawater rice was developed by tweaking the interactions between two genes present in conventional rice. This produces a grain that is much more able to tolerate heat and chemical stressors (such as high salinity). According to previous research, these genes can be spliced into other major crops, such as maize or wheat, with similar effects.

The findings showcase the real-world potential of GMO organisms in addressing food insecurity across the world. In the West, for now, public opinion over such organisms is still split and polarized. With climate change looming over the future, however, we may soon find ourselves forced into taking a decision whether to more heavily rely on such plants and ensure our food supply, or reject them and risk wide-spread shortages.

That lovely Christmas snow? It probably has microplastics in it 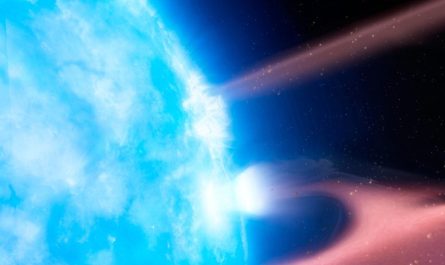 Whales eat much more than we assumed, and it has huge ecological implications