People are often altruistic towards strangers even though there is no opportunity for reciprocation. This is somewhat puzzling from an evolutionary perspective because, biologically speaking, the act of giving resources to someone outside your close-knit family group reduces your fitness while increasing the fitness of an individual competing in the same gene pool.

But we do it anyway, and studies show that generosity makes people happier and more respected.

Sharing food and giving money away are some common examples. The behavioral science of charity is made all the more complicated by the many signals that humans use when they are considering when and to who to donate their resources. But oftentimes, the way our generosity works is completely unexpected. This new fascinating study is particularly illustrative of this.

Bennett Callaghan, a postdoc at the Stone Center on Socio-Economic Inequality at the City University of New York, went incognito on the streets of downtown New York and Chicago playing the role of a panhandler asking busy pedestrians for money. He did so while wearing a sleek suit or a simple T-shirt and jeans outfit.

Callaghan’s behavior remained unchanged despite wearing different outfits. While he was stationed at various busy areas with a lot of foot traffic holding a paper cup and a cardboard sign etched with a message about homelessness, his research assistants carefully counted the number of people that walked past Callaghan, approached him, and who ultimately donated money.

This simple but effective field experiment showed that people donated more than twice as much money to the scientist when he was wearing a high-status suit compared to when he was drabbed in a lower-status outfit. Over the course of 3.5 cumulative hours, Callaghan raised $54.11 wearing a suit, compared to $21.15 over 4 hours wearing low-status clothes.

“While we expected that the displaying high-status symbols would lead to an increase in giving, I was still surprised by the size of this difference — a more than two-fold increase in donations,” Callaghan explained for PsyPost. “I was also somewhat surprised by some of the different ways in which people interacted with me, as the confederate, in the two conditions. For instance, when I was dressed in high-status clothing, several individuals gave donations of $5 or $10 and one dropped a business card in my cup rather than give a one-time donation.”

Since the only thing that differed was his outfit, the researchers make a strong case for the role of status signaling in influencing people’s interactions with the panhandler. Why such a strong effect though?

In order to unravel the mechanism through which status signaling may impact compassionate and altruistic behavior in other people, the researchers recruited 492 participants for an online survey. The participants were shown photos of Callaghan on the street, cup and sign in hand, wearing either high-status or low-status clothing, and were asked to judge the panhandler on various social attributes.

The results confirmed that people perceived the suit-wearing researcher as having higher status than the same person wearing simple attire. They also rated the researcher in the suit as having higher competence, warmth, similarity to the self, and humanity.

This seems to suggest that people were more inclined to approach and offer money to a person signaling higher status because they likely perceive the panhandler as more deserving than someone of a lower status — even when the status signaling is something as superficial as clothing. Since wearing a suit raised the perception of competence, pedestrians may be more confident that the person asking for money will use the donation for the intended purpose rather than pocketing the money for some different personal benefit, such as using the money to buy alcohol or drugs. Finally, a person that looks successful but nevertheless is asking for money on the street may give the impression that their destitute condition is only temporary. Surely, with just a small help, this person could be back on their feet, whereas the condition of a panhandler who wears low-status clothing may be perceived as hopeless.

“Relatedly, I hope this research leads us to think critically about the way we approach solving social issues such as homelessness. Relying exclusively on the kindness of individuals, such as charitable donations, is more likely to be subject to the types of biases we show here, and while charity obviously has its place in addressing issues of poverty and inequality, we believe this research also shows the need for robust policy solutions and structural changes that ensure that everybody receives the help they need.”

As a caveat, this was not a randomized controlled study. The same people did not pass by and interact with Callaghan every time he went on the street, and this may have influenced the results. Of note is also the fact that Callaghan wasn’t exactly begging and his cardboard sign calling to action people to help homelessness could have been interpreted that he is simply collecting cash on behalf of a charity. Lastly, with all due respect, Callaghan is a white dude regardless of what he is wearing, so his results cannot be generalized for the entire population, which is highly diverse in terms of gender, socioeconomic background, and gender.

Nevertheless, the strong reported effect tells us that status signaling plays a significant role, even though the exact numbers, quantitively speaking, are definitely up for debate. More research might shed more light on the complicated dynamics at play when we decide to be altruistic.

“These findings suggest the power of status symbols to shape our impressions of others–including the poor and needy–and they highlight how rapidly these perceptions have the potential to shape our social judgments and tendencies to meet suffering with compassionate responding. Understanding the role of status symbols in shaping initial judgments of others has direct implications for bridging divides between the rich and poor in society and, potentially, for shifting broader political attitudes about the causes and consequences of wealth and poverty,” the researchers concluded.

The findings appeared in the journal Frontiers in Psychology.

Topological Circuits That Force Photons To Never Bounce Back 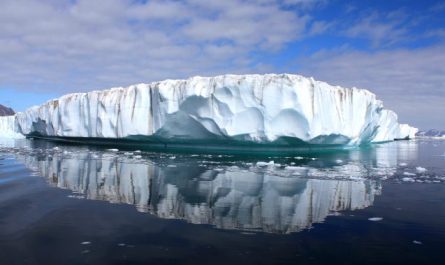 How Close Are We to Climate Tipping Points?