Cannabinoids found in marijuana and their metabolites could negatively interfere with a range of prescription drugs. According to researchers at Washington State University, using marijuana in combination with prescription drugs may either decrease the drugs’ positive effects or increase their negative side effects. In some cases, mixing the two may also cause toxicity and accidental overdose.

“Physicians need to be aware of the possibility of toxicity or lack of response when patients are using cannabinoids,” said Philip Lazarus, senior author on the papers and professor of pharmaceutical sciences at Washington State University. “It’s one thing if you’re young and healthy and smoke cannabis once in a while, but for older people who are using medications, taking CBD or medicinal marijuana may negatively impact their treatment.”

Lazarus and colleagues published a pair of studies that investigated the interactions between cannabis and two families of enzymes that together are responsible for metabolizing and eliminating more than 70% of the most commonly used pharmaceutical drugs. One study focused on cytochrome P450s (CYPs), while the other looked at UDP-glucuronosyltransferases (UGTs).

The comprehensive analysis not only looked at the role played by the most abundant and important cannabinoids — tetrahydrocannabinol (THC), cannabidiol (CBD), and cannabinol (CBN) — but also their metabolites, the intermediate products of metabolic reactions catalyzed by various enzymes that naturally occur within cells.

Cannabinoids like THC or CBD stay in your body for just 30 minutes before they’re broken down into smaller molecules, each with different effects. These metabolites linger in the body for much longer, up to 14 days in some instances. They also build up in time with continued use so their concentration can be higher than the original cannabinoids. But despite their importance, the impact of these metabolites during interactions with other drugs has been overlooked by previous studies.

Researchers first worked with individual human kidney cells that allowed them to zoom in on a single enzyme at a time, and later validated their results in human liver and kidney specimens where many of these enzymes were present.

The results showed that cannabinoids and major THC metabolites inhibited several CYP enzymes, particularly those found in the liver. All three cannabinoids, especially CBD, inhibited two of the primary UGT enzymes found in the liver. CBD blocked three enzymes that account for 95% of kidney UGT metabolism, which plays a major part in clearing toxins and certain drugs from your system.

“If you have a kidney disease or you are taking one or more drugs that are metabolized primarily through the kidney and you’re also smoking marijuana, you could be inhibiting normal kidney function, and it may have long-term effects for you,” Lazarus said.

Many patients take prescription drugs for various chronic diseases, from diabetes to cancer. These conditions are painful to live with, which is why some patients self-medicate with cannabis or cannabis-derived products like CBD. But using these anti-inflammatory products may end up doing more harm than good when combined with certain drugs.

“Taking CBD or marijuana might help your pain but could be making the other drug you’re taking more toxic, and that increase in toxicity may mean that you can’t continue taking that drug,” said first author Shamema Nasrin, a graduate student in the WSU College of Pharmacy and Pharmaceutical Sciences. “So, there could be serious ramifications for anti-cancer drugs, and that’s only one example of the many drugs that could potentially be affected by the cannabinoid-enzyme interactions we’re seeing.”

Both studies appeared in the journal Drug Metabolism. 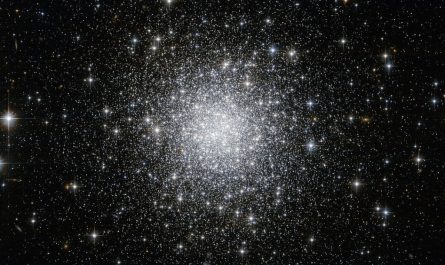 The Large Magellanic Cloud Stole one of its Globular Clusters

When was Jesus really born? It wasn’t on Christmas, that’s for sure