Wrapping burritos so you can eat them right down to the nub without them falling apart in your hands is now a piece of cake thanks to four engineering students from the US. The all-female team from Johns Hopkins invented a transparent, edible tape that is strong enough to withstand the pressure of large wraps.

Tyler Guarino, Rachel Nie, Marie Eric, and Erin Walsh, all engineering seniors at Johns Hopkins, came together to solve one of the most frustrating culinary problems: preventing a tasty burrito from unraveling and turning into a huge mess.

The idea for their invention came in a flash during lunch while they were brainstorming for a product design course, in which they were tasked with designing a product that would be useful for everyday life.

“Erin was eating a burrito and the tortilla opened all over her,” Guarino told CNN. “It hit her then — this is a problem that we can solve.”

With a clear objective for their product, the 22-year-olds began the grueling task of researching and experimenting with different components that would combine to offer strong mechanical properties, while also being safe and edible.

“First, we learned about the science around tape and different adhesives, and then we worked to find edible counterparts,” said Guarino.

After much trial and error, the students settled on a formulation that allowed them to make an adhesive that is clear in color, tasteless, and doesn’t have a noticeable texture, but which is still strong enough to hold a big fat burrito. Guarino came up with the name for it, which she dubbed Tastee Tape — and the label stuck ever since.

Like regular tape, the Tastee Tape has two major parts: a backbone and an adhesive. However, the exact chemical makeup of the invention is, for now, a closely guarded secret until their pending patent application goes through.

Although Tastee Tape was primarily designed with wrapping burritos in mind, the young engineering students say that the tape also works with pitas and flatbread. Looks like Greek and Lebanese foods are also on this tape’s menu.

This week, the four students graduated from college, and with such a tasty invention already under their belt, their future looks mighty bright.

“We have learned so much about product design, prototyping, and patenting. We are all really grateful that we had this opportunity before we graduated as it has taught us so many valuable skills,” said Guarino, adding that she would be staying at Johns Hopkins to complete a Masters’ and continue working on the product. 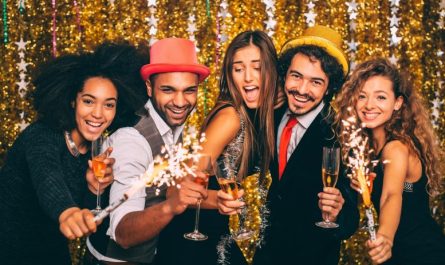