For the first time, researchers have fused two mouse chromosomes together in vitro, resulting in living mice with new karyotypes. The new technique, detailed in a study published today (August 25) in Science, can help study chromosomal evolution and may also aid research into the detrimental health effects of chromosomal fusions in humans, experts say.

“[The researchers] now have this beautiful toolkit. . . they can do a lot of really clever CRISPR engineering,” Harmit Malik, an evolutionary biologist at the Fred Hutchinson Cancer Research Center in Seattle who was not involved in the study, tells The Scientist “It’s a tour de force . . . a lot of the questions that we thought were not possible to address in a genetically tractable way are now completely genetically tractable.”

Most species have a fixed number of chromosomes, the tightly coiled, threadlike structures that organize and segregate a cell’s DNA during cell division. Over course of many organisms’ evolutionary histories, chromosomes may have split up and fused together, causing profound physiological and behavioral changes. These changes may even be an important driver of speciation, but scientists lack direct evidence for this hypothesis, as they’ve only been able to observe this phenomenon in nature.

Chromosomal fusions are also common in cancer and have been linked to health issues, including infertility, aneuploidy, and childhood diseases. So, researchers have long sought the ability to precisely manipulate chromosomes in model organisms, especially mammalian ones, in the hopes of investigating fusions from both medical and evolutionary perspectives.

To fuse chromosomes in mice, the researchers used a technology they first developed in yeast: briefly, they injected modified haploid mouse embryonic stem cells friend (haESCs) with a CRISPR-Cas9 system that targets and eliminates telomeres and centromeres on two specific chromosomes. As a result, the targeted chromosomes zipped themselves together.

All three of these haESCs lines could divide and grow, though the team struggled to maintain haploidy in Chr2+1 cells. The cells had a tendency to become polypoidal, which likely occurred because chromosomes didn’t split up properly in some of these cells, so some would end up with extra after mitosis. This signaled to the researchers that there might be a limit to how big chromosomes can be in mice before sorting errors start to occur.

They then attempted to create mice with these new haploid karyotypes by injecting a chromosome-fused haESC into a wild-type oocyte. But there was a problem: the cells were imprinting, meaning maternal genes were being epigenetically silenced after fertilization. Imprinting can cause embryos to grow too quickly and sap resources from the mother, so the researchers eliminated three imprinting genes in the haESCs—and solved the issue. Malik says that now that the researchers have overcome the imprinting phenomenon, “the world is their oyster as far as genetic engineering.”

Mouse with fused chromosomes (4 and 5)

John Postlethwait, an evolutionary biologist at the University of Oregon who was not involved in the work, writes in an email to The Scientist that it strikes him that “it’s possible to grow mammalian haploid cells in culture, whack at their genomes with Crisprs, and then inject the haploid cell into an unfertilized egg and raise a baby mouse. That’s amazing.”

The mice with fused chromosomes did exhibit some detrimental consequences from their genetic modifications. Ch2+1 mice did not develop at all, while Chr1+2 mice grew into adulthood but were infertile. Chr1+2 mice also grew much faster than normal mice, and “showed a high level of anxiety in an open-field test for anxiety,” writes study coauthor Libin Wang, a synthetic biologist at the Chinese Academy of Sciences, in an email to The Scientist. The team attributes these phenotypic effects to changes in Capn11 gene expression, a gene that codes for a protein thought to be important for spermatogenesis, which was lower in Ch1+2 mice than in normal mice. “Although the change of genetic information was limited, fusion of animal chromosomes could have profound phenotypic effects,” writes Wang.

Chr4+5 mice, on the other hand, could produce offspring and mate with normal mice. But when they did so, their litter sizes were small, indicating that they may have suffered from abnormal chromosomal sorting during meiosis, says Wang.

Malik says his own interest is in meiosis, especially how certain chromosomal fusions give some egg cells a competitive advantage over others. He says scientists could now study this phenomenon in a controlled manner, and pinpoint which fusions are more likely to transfer to the next generation in mice. He also says that this toolkit will also be useful for cancer researchers, who can now “suddenly model” the “pretty dramatic rearrangement[s] of the genome” that occur in cancerous cells.

Postlethwait writes that the study “is an audacious attempt to reengineer vertebrate chromosomes” and that it could also help test various theories of how chromosomes evolved. Postlethwait has worked with Antarctic fish, which have many presumably fused chromosomes, so he says he’s especially interested to see investigations into chromosome fusions in fish. He says the new study will allow researchers to “understand the evolutionary questions [about] the limits and the selective pressures that cause . . . chromosome fusions to happen.”

Even Mild or Moderate COVID-19 May Impair Fertility in Men 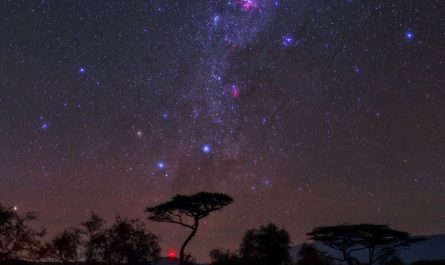