Oceanographers have learned more about the reasons for the year-round presence of marine predators in the eastern Great Australian Bight, including several whale species and white sharks that draw cage divers and Jaws-inspired filmmakers.

In-depth subsurface phytoplankton layers deep beneath the eastern part of the Bight have been described for the first time by scientists from Flinders University and the South Australian Research and Development Institute (SARDI). These layers support the thriving marine biodiversity even when the surface phytoplankton blooms disappear during particular times of the upwelling season.

“To conserve this important region, and prepare for climate change, we need to further understand these systems and food sources,” says Flinders University researcher Alex Shute, the first author of a new study in Continental Shelf Research.

“To understand this, we explored year-to-year variations of phytoplankton layers in the region using satellite data in conjunction with water-column data from the Integrated Marine Observing System (IMOS).”

To their surprise, the IMOS data found a “missing link” of layers of substantial subsurface phytoplankton at water depths of 30 m to 70 m, which had previously evaded detection from even satellite imaging.

Seasonal upwelling of nutrient-rich water drives phytoplankton production, which Jochen Kaempf, an associate professor of oceanography at Flinders University, and colleagues have been studying for over 20 years.

‘’Our observation of subsurface phytoplankton layers is the missing key explaining the high productivity of the region. This study demonstrates how little we actually know about the functioning of marine ecosystems, and how important real field observations are,’’ adds Associate Professor Kaempf, who is president of the Australian Meteorological and Oceanographic Society (AMOS), Adelaide Division.

The study was funded by Flinders University.

Not Science Fiction: Methane-Eating “Borgs” Have Been Assimilating Earth’s Microbes 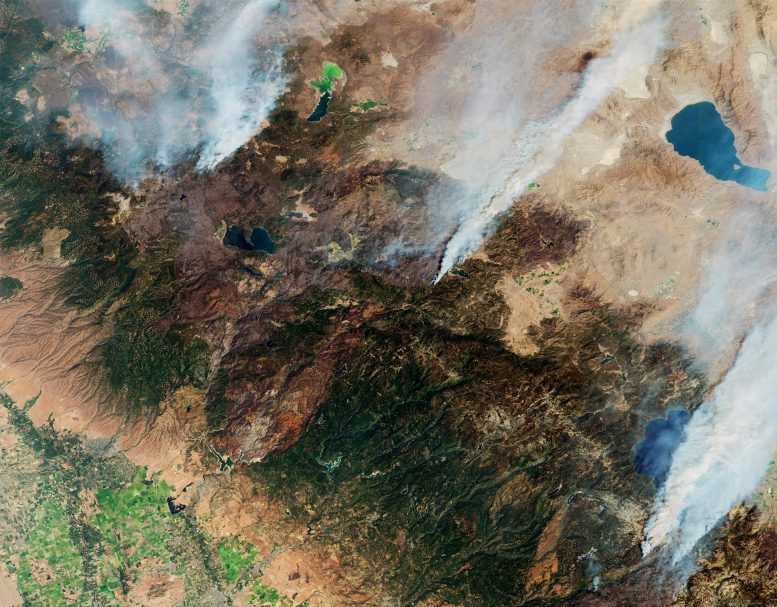 California Continues To Burn – More Than 7000 Wildfires, Burning Over 900,000 Hectares