Humanity is getting better a planetary defense. At least from external threats from outer space. As long as they’re just dumb rocks that follow the laws of physics. And a group of extraordinary humans proved it last week when the planetary defense community jumped into action to accurately track and predict exactly where a relatively small meteor would fall on November 19th.

That meteor, now known as 2022 WJ1, was first noticed by the Catalina Sky Survey at around midnight EST on the 19th (the time zone in which it ended up landing). Catalina is one of the most prolific discoverers of asteroids and is a crucial link in the planetary defense chain. A NASA press release details the steps that come afterward that result in a successful landing prediction.

2022 WJ1 was pretty small – only about 1 m wide, and posed no actual threat to anyone or anything on the ground. But the planetary defense network is designed to catch much bigger potential threats. The fact that it reacted with such speed shows that it is becoming more and more capable and will be much more likely to find any potentially devastating events, such as the Chelyabinsk meteor in 2013, which caused 1400 injuries and around $33 million in property damage. Join our Patreon for as little as $3! The Chelyabinsk meteor was 20 times the size of 2022 WJ1 and, therefore, would have been much easier to see if astronomers had the same resources in place as they do now. Walking through how 2022 WJ1 was tracked helps illuminate how much planetary detection has improved.

After Catalina first detected the meteor, it immediately sent a notice to the Minor Planet Center, a central data hub for small bodies surrounding the Earth. From there, the entry was picked up by automatically Scout, a program from the Center for Near Earth Object Studies, which attempted to assess the likelihood that 2022 WJ1 would impact the Earth.

Its original assessment, posted 7 minutes after the asteroid was initially discovered, showed a 25% chance of hitting the Earth. That’s where the rest of the planetary defense community came in.

Catalina continued tracking the asteroid throughout the night, but several other astronomers, including a group of amateurs from the Farpoint Observatory in Eskridge, Kansas, a little southwest of Topeka. Over 600 asteroids have been discovered there, so this is another feather in their cap.

As the data continued streaming in, there were a total of 46 observations made of the 2022 WJ1 in the three hours following its initial discovery. The University of Hawai’i made the last observation about a half hour before its predicted impact.

At the predicted time – 3:27 AM, and at the predicted place – southern Ontario, Canada, a fireball lit up the sky and was captured on myriad door cams and other recording devices, resulting in some pretty impressive videos. After the fact, plenty of other astronomers spent time analyzing the asteroid’s trajectory, even going so far as to come up with models that showed how the Earth’s actual gravitational pull caused 2022 WJ1 to fall to its firey doom – or join the larger Earth’s biosphere, depending on how you look at it.

As it didn’t cause any harm, and there were no safety implications, this was an excellent exercise in the search for potentially dangerous asteroids, and we do seem to be getting better at it. This sixth detection comes fourteen years after the first detection of 2008 TC3 but less than a year after the last detection of 2022 EB5 over the Nubian desert earlier this year. That last event dropped plenty of meteorites across the desert, and there are likely some from 2022 WJ1 scattered around southern Ontario. Now it’s up to the meteorite hunters to find them, as the planetary defense community gave them an excellent head start.

Lead Image:
Time-lapse of 2022 WJ1 as it fell across the sky in southern Ontario.
Credit – Robert Weryk

Solar panels will become mandatory on all new EU buildings 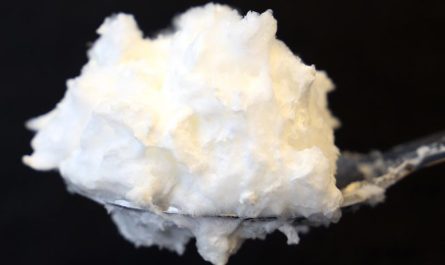