In a long-studied population of wandering albatrosses, females are less likely to stick with a shy mate.

The wandering albatross is the poster bird for avian monogamy. The graceful glider is known to mate for life, partnering up with the same bird to breed, season after season, between long flights at sea.

But on rare occasions, an albatross pair will “divorce” — a term ornithologists use for instances when one partner leaves the pair for another mate while the other partner remains in the flock. Divorce rates vary widely across the avian world, and the divorce rate for wandering albatrosses is relatively low.

Nevertheless, the giant drifters can split up. Scientists at MIT and the Woods Hole Oceanographic Institution (WHOI) have found that, at least for one particular population of wandering albatross, whether a pair will divorce boils down to one important factor: personality.

In a study that was recently published in the journal Biology Letters, the team reports that an albatross couple’s chance of divorce is highly influenced by the male partner’s “boldness.” The bolder and more aggressive the male, the more likely the pair is to stay together. The shyer the male, the higher the chance that the pair will divorce.

The researchers say their study is the first to link personality and divorce in a wild animal species.

Lead author Ruijiao Sun, a graduate student in the MIT-WHOI Joint Program and MIT’s Department of Earth, Atmospheric and Planetary Sciences, says that this new evidence of a link between personality and divorce in the wandering albatross may help scientists predict the resilience of the population.

“The wandering albatross is a vulnerable species,” Sun says. “Understanding the effect of personality on divorce is important because it can help researchers predict the consequences for population dynamics, and implement conservation efforts.”

The study’s co-authors include Joanie Van de Walle of WHOI, Samantha Patrick of the University of Liverpool, and Christophe Barbraud, Henri Weimerskirch, and Karine Delord of CNRS- La Rochelle University in France.

The new study concentrates on a population of wandering albatross that return regularly to Possession Island in the Southern Indian Ocean to breed. This population has been the focus of a long-term study dating back to the 1950s, in which researchers have been monitoring the birds each breeding season and recording the pairings and breakups of individuals through the years.

This particular population is skewed toward more male individuals than females because the foraging grounds of female albatrosses overlap with fishing vessels, where they are more prone to being accidentally caught in fishing lines as bycatch.

In earlier research, Sun analyzed data from this long-term study and picked up a curious pattern: Those individuals that divorced were more likely to do so again and again.

“Then we wanted to know, what drives divorce, and why are some individuals divorcing more often,” Jenouvrier says. “In humans, you see this repetitive divorce pattern as well, linked to personality. And the wandering albatross is one of the rare species for which we have both demographic and personality data.”

That personality data comes from an ongoing study that began in 2008 and is led by co-author Patrick, who has been measuring the personality of individuals among the same population of wandering albatross on Possession Island. In the study of animal behavior, personality is defined as a consistent behavioral difference displayed by an individual. Biologists mainly measure personality in animals as a gradient between shy and bold, or less to more aggressive.

In Patrick’s study, researchers have measured boldness in albatrosses by gauging a bird’s reaction to a human approaching its nest, from a distance of about 5 meters. A bird is assigned a score depending on how it reacts (a bird that does not respond scores a zero, being the most shy, while a bird that lifts its head, and even stands up, can score higher, being the most bold).

Patrick has made multiple personality assessments of the same individuals over multiple years. Sun and Jenouvrier wondered: Could an individual’s personality have anything to do with their chance to divorce?

“We had seen this repetitive divorce pattern, and then talked with Sam (Patrick) to see, could this be related to personality?” Sun recalls. “We know that personality predicts divorce in human beings, and it would be intuitive to make the link between personality and divorce in wild populations.”

In their new study, the team used data from both the demographic and personality studies to see whether any patterns between the two emerged. They applied a statistical model to both datasets, to test whether the personality of individuals in an albatross pair affected the fate of that pair.

They found that for females, personality had little to do with whether the birds divorced. But in males, the pattern was clear: Those that were identified as shy were more likely to divorce, while bolder males stayed with their partner.

“Divorce does not happen very often,” Jenouvrier says. “But we found that the shyer a bird is, the more likely they are to divorce.”

But why? In their study, the team puts forth an explanation, which ecologists call “forced divorce.” They point out that, in this particular population of wandering albatross, males far outnumber females and therefore are more likely to compete with each other for mates. Males that are already partnered up, therefore, may be faced with a third “intruder” — a male who is competing for a place in the pair.

“When there is a third intruder that competes, shy birds could step away and give away their mates, where bolder individuals are aggressive and will guard their partner and secure their partnership,” Sun explains. “That’s why shyer individuals may have higher divorce rates.”

The team is planning to extend their work to examine how the personality of individuals can affect how the larger population changes and evolves.

“Now we’re talking about a connection between personality and divorce at the individual level,” Sun says. “But we want to understand the impact at the population level.”

This research was supported, in part, by the National Science Foundation. 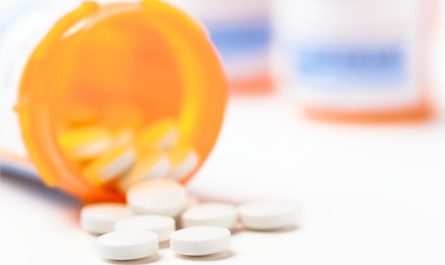